Your central place for all Covid-19 resources

The importance of Earth Day: The global environmental movement and the sector response

The importance of Earth Day: The global environmental movement and the sector response

The importance of Earth Day has become paramount as it is recognised as a global annual event which falls on the 22nd April to raise awareness of the environmental challenges we face and how they can be overcome.

As environmental issues have become more pressing in recent years, Earth Day has been an opportunity to hold sectors accountable for their role in damaging the environment while calling for innovative solutions. It is encouraged that action from all levels should be taken in contributing to a greener society including governments, businesses and the general public.

Although Earth Day’s popularity has grown significantly since its inception decades ago, not everyone is aware of the history behind the event, what it stands for and the potential role it has played in contributing to environmental legislation.

In this blog, we outline everything you need to know about Earth Day and the response to the strong principles it holds.

What is Earth Day?

Earth Day began in 1970 in the United States as a response to air pollution created from vehicles, industries in various sectors and the lack of knowledge that these emissions had on the environment.

The idea was inspired by Senator Gaylord Nelson after witnessing an oil spill and the devastating impact it had on Santa Barbara, California. He, along with Pete McCloskey, a conservation-minded Republican Congressman, organised a teach-in on college campuses to the national media surrounding air and water pollution. They chose 22nd April as the date - a weekday falling between spring break and final exams which maximised the greatest student participation and the energy associated with them.

The first Earth Day proved to be a success as later in the year it led to regulatory action, most notably with the creation of the United Sates Environmental Protection Agency and environmental laws including the National Environmental Education Act, the Occupational Safety and Health Act, and the Clean Air Act.

The legacy of 1970 is such that Earth Day is now widely acknowledged as the largest secular observance in the world which is marked by over a billion people each year. Today, the event is organised by ‘EARTHDAY.ORG’, who have continued the fight for a cleaner environment by empowering individuals with the information and tools required to bring communities together and deliver change.

Why is Earth Day important?

The organisation’s purpose is to bring environmental change by holding sectors accountable for their role in green issues such as global warming. For this to be achieved, EARTHDAY.ORG look to diversify, educate and activate a worldwide environmental movement. This has proven to be successful, as they are recognised as the world’s largest recruiter to environmental causes, currently working with more than 75,000 partners in over 190 countries.

The ‘Earth Day meaning’ would therefore represent one of transformational change to make the world a greener place for us all.

Has there been a response to Earth Day?

Although Earth Day has not been credited directly with contributing towards regulatory changes, environmental issues are now taken more seriously which may be due to the pressure exerted by organisations such as EARTHDAY.ORG.

In the UK, the government has pledged a 10-point plan for a self-styled ‘green industrial revolution’. The plan focusses on 10 key sectors and pledges to ensure that the UK will be carbon-neutral by 2050, minimising any further contribution towards climate change. In addition, the 10-point plan aims to create 250,000 jobs with the north of England, the Midlands, Scotland and Wales being made areas of priority.

In terms of sectors, the 10-point plan predominantly focuses on energy and construction by ensuring that the correct legislation and funding are in place to create carbon neutral work practices. In addition, the natural environment and green finance are also key parts of the plan which suggests the incentive for this to be a wider solution to global warming.

The 10-point plan consists of the following:

Generate enough offshore wind to successfully power every household in the UK - quadrupling how much it produces by 40 gigawatts by 2030 and supporting 60,000 jobs in the process.

Create 5 gigawatts of ‘low carbon’ hydrogen production capacity by 2030 – for industry, transport, power and homes – and develop the first town heated by this gas by the end of the decade.

Bring nuclear power to the forefront as a clean energy source which includes provision for a large nuclear power plant, along with advanced small nuclear reactors. This will aim to support 10,000 jobs.

Gradually phase out the sale of new petrol and diesel cars and vans by 2030 to accelerate the transition of electric vehicles. Grants will also be invested to help purchase cars and charge point infrastructure.

Incentivise cycling and walking as means of travel while also investing in zero-emission public transport for the future.

Ensure homes, schools and hospitals are greener, warmer and more energy efficient which includes a target to install 60,000 heat pumps every year by 2028.

Attempt to remove 10 million tonnes of carbon dioxide by 2030 by developing world-leading technology such as hydrogen fuel cells to capture and store these emissions away from the atmosphere.

Protect and restore the natural environment which includes plans to plant 30,000 hectares of trees per year.

Develop cutting-edge technologies and making the City of London the global centre of green finance.

Find out more with our ‘green industrial revolution’ series.

Our ‘green industrial revolution’ series details the key environmental challenges that these sectors face and how an EHS compliance software can be the solution.

Learn more about the importance of Earth Day by downloading our free white paper on renewable energy and advancing offshore wind. The white paper outlines the developments being made within the energy sector and how our EHS compliance software can help organisations comply with legislative requirements. 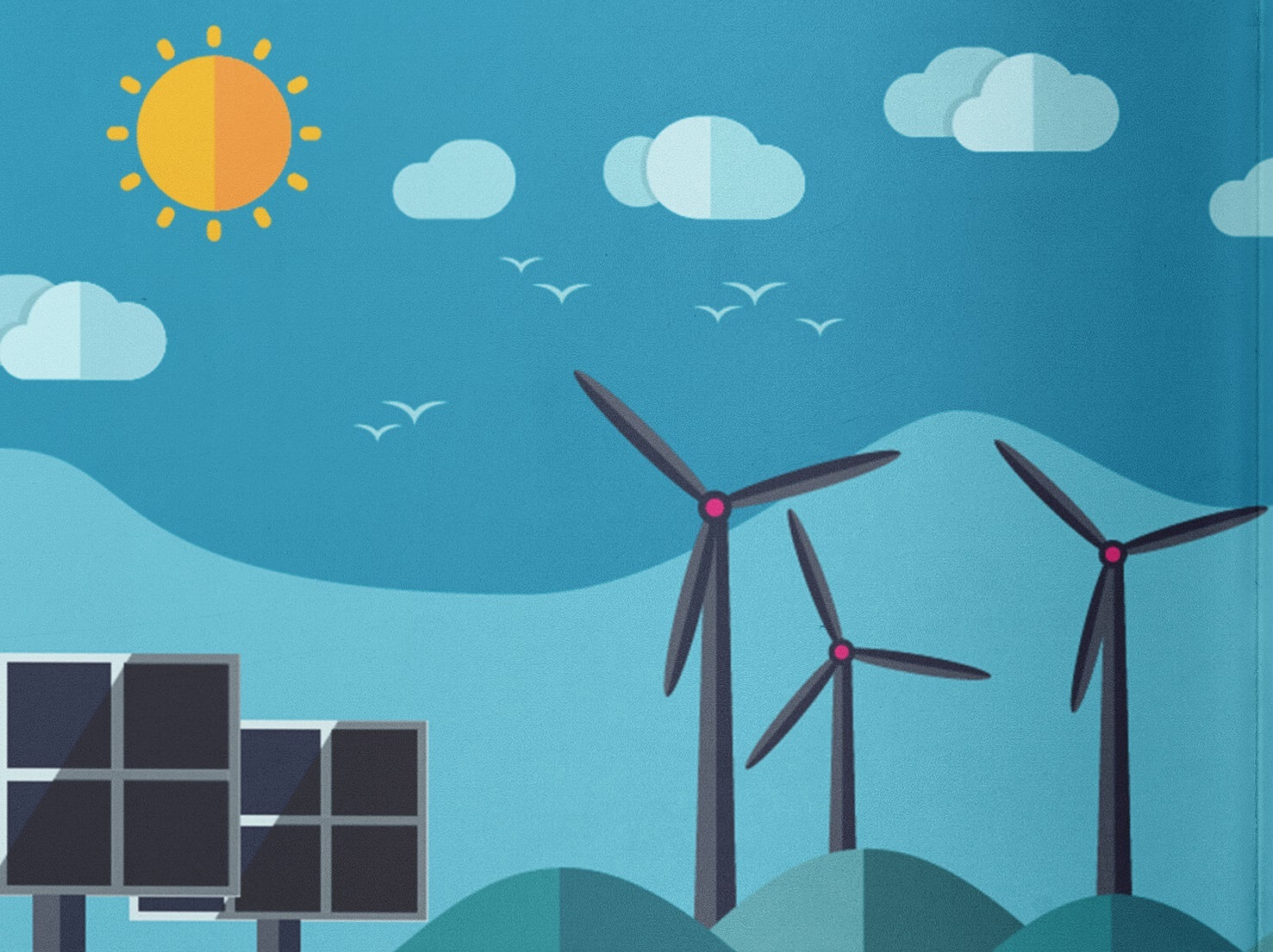 Reaching the carbon neutral target: The role of renewable energy

As Ideagen’s Content Marketing Executive, James is primarily focussed on manufacturing and keeping individuals in this sector informed of the latest regulatory news and trends. He comes from a marketing background and is passionate about creating engaging content that answers questions relating to software solutions and regulatory changes.

In order to meet the 2050 Paris Agreement to end carbon emissions, the UK government have unveiled a 10-point plan known as the 'green industrial revolution'.

The plan focuses on 10 key sectors which have pledged to eradicate the UK’s cont...

How could the ‘Build Back Greener’ plan affect energy industry regulations?

In response to the government’s proposed ‘Build Back Greener’ plan, our HSE Content Consultant, Kim Everitt, provides insight into the future of energy industry regulations.

The government has recently announced plans for the UK to become ...